The Chancellor Jeremy Hunt today set out the government’s revised tax and spending plans in his Autumn Statement, following last month’s reversal of previously announced proposals. The latest key tax-related measures and updates are summarised below. 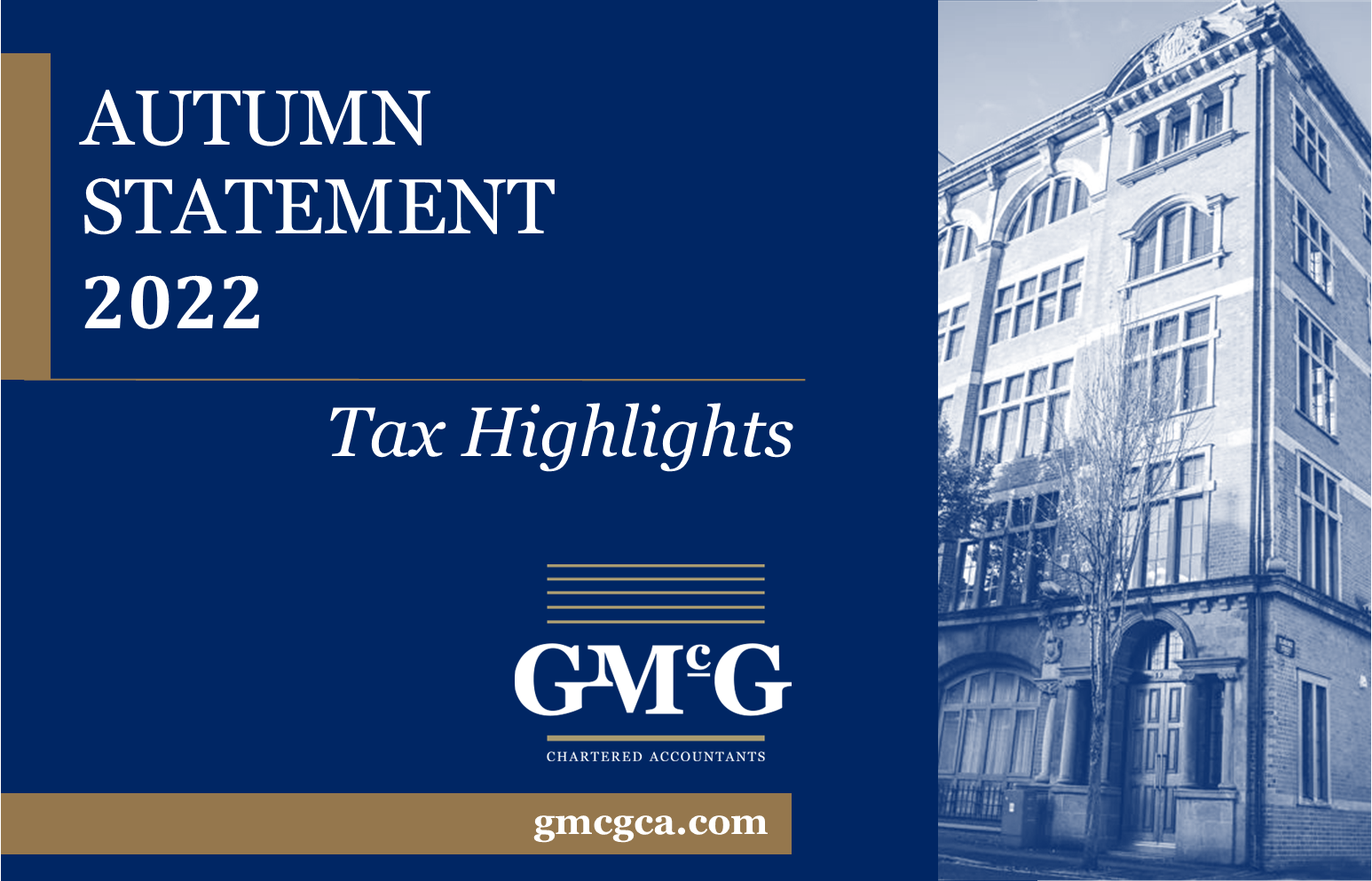 For more information on how the Chancellor’s announcements might impact you, your business or your household, GMcG Chartered Accountants’ 21-page Analysis publication gets behind the detail of the key tax measures. It also provides updates on previous announcements with expert insight and analysis on how you may be impacted. You can download GMcG’s Analysis publication HERE

National Insurance Contributions – Secondary Threshold (the point at which Employer contributions start) fixed at £9,100 to April 2028

Vehicle Excise Duty – to be payable on electric cars, vans and motorcycles from April 2025

Income Tax – the following September 2022 proposals (due to come into effect at 6 April 2023) have all been reversed:

National Insurance Contributions – the September 2022 proposal to remove the additional 1.25% NIC payment has been retained and came into effect at 6 November 2022. The 1.25% Health and Social Care Levy also remains cancelled.

Should you require any further information on how you may be impacted by any of the proposed changes, please contact any member of GMcG’s Tax Team who will be happy to discuss.

As many of the announcements are subject to legislation, the details may change during the legislative process and should therefore be kept under review.